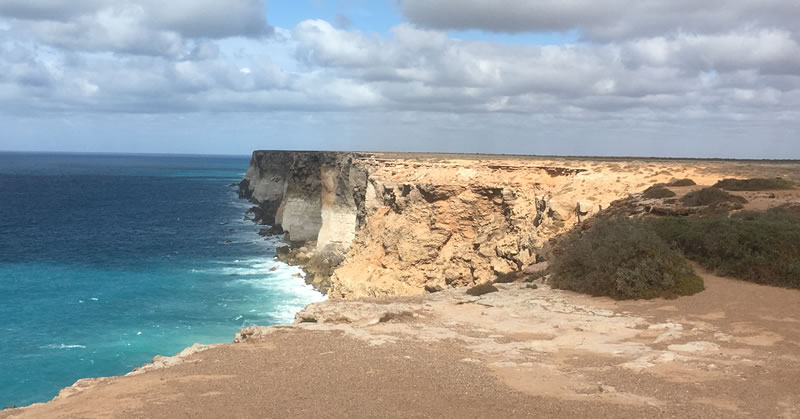 Contact us for more information on the Nullarbor and Eyre Peninsula Tour.

Day 1: (NM)
You will be collected from the Perth coach stand, In front of Wellington St Train Station at 7am this morning for your 9 day tour along the Nullarbor and through the Eyre Peninsula to Port Lincoln.

Our destination this morning is the internationally renowned wine region of Margaret River, nestled in the south west corner of WA. You have some free time in the town to meander around the shops, galleries and cafes and lunch today is at your own arrangement and expense so you can enjoy your choice of eatery in Margaret River.

We continue to Pemberton and the Gloucester Tree, which is one of only 3 remaining tall Karri trees that were made into lookouts during the 1930’s and 1940’s. This was a way of spotting fires in the tall Karri forest and this tree was named after the then Governor-General of Australia, His Royal Highness the Duke of Gloucester, who was visiting Pemberton at the time. Today, visitors can climb up the 61m to see one of the most spectacular views of the Karri forest.

Day 2: (L)
Heading further south this morning, we drive along the coast to the tree-cloaked Walpole-Nornalup National Park, home to tingle forests, which occur nowhere else in the world. Here we take The Valley of the Giants – Tree Top Walk, featuring a stunning walkway positioned 40 metres above the ground amid the dizzying heights of the tingle forest canopy. Experience walking in the Tree Top canopies of tall karri trees with views over core wilderness and then venture to the Ancient Empire of 400 year old red tingle trees along a boardwalk that meanders across the forest floor. The trail follows the story of the lost era of Gondwana.

Just before Denmark, we come to a beach called Greens Pool, at the eastern end of William Bay National Park. It’s almost completely sheltered from the waves of the Great Southern Ocean by the rounded rock boulders typical to this area and from the car park we can also take a 10 minute walk to Elephant Rocks, which look exactly like a herd of elephants, paddling in the shallow waters.

We arrive in Albany this afternoon and have a look at the full scale replica of the Brig Amity, which sits on the foreshore. The King George Sound at Albany was the site of WA’s first European settlement and the Brig Amity brought the first settlers and convicts into Albany in 1826.

Day 3: (L, D)
We drive to Esperance today, which will take all morning.

This afternoon we take the Esperance Great Ocean Drive, which is a 38km scenic drive following the coastline and including highlights such as Rotary Lookout, Twilight Beach, Observatory Point, the Wind Farm and Pink Lake.

The remainder of the afternoon is at your leisure and our accommodation is centrally located.

Day 4: (B, L)
This morning we make our way to Cape Le Grand, one of WA’s best known and most spectacular National Parks. The scenery ranges from wild coastal scenery, stunning beaches and rugged granite peaks to sweeping heathlands, which are home to a range of animals and flowers.

We visit the beautiful Le Grand Beach and then we move onto Thistle Cove, a beautiful bay with a spectacular coastal outlook and a ‘whistling’ rock, and you can take an easy walk along the coast to Lucky Bay. Keep an eye out for dolphins as you look out over the Recherche Archipelago islands.

Lucky Bay is famed as having one of the most beautiful beaches in Australia. Here we can swim and snorkel or take a walk. Keep an eye out for kangaroos on the beach !
Or, for those with a good level of fitness, you may like to take the hike up to Frenchmans Peak which provides commanding views of Cape Le Grand National Park and the 110 islands of the Recherche Archipelago.
Leaving the park this afternoon, we take the unsealed Parmango Road north and join the Eyre Highway to Balladonia, a thriving and prosperous wool producing area which made worldwide headlines in 1979 when fiery pieces of a wayward NASA space station called Skylab, landed around the grounds of the hotel ! The hotel museum houses documents from NASA, a recreation of actual events, photos and related ephemera as well as information on Balladonia’s early pioneering days, Aboriginal heritage and the construction of the Eyre Highway.

Day 5: (L)
Departing Balladonia, we now travel east along the Nullarbor Plain, the world’s largest semi-arid karst (cave) landscape. Most of the park’s landscape is flat except where the surface has collapsed into sinkholes revealing large underground caverns.

Shortly after leaving, we come to the longest straight stretch of road in Australia, which is 146.6km and takes us to Caiguna. Just outside the town, we stop at the Blowhole, formed by chemical and physical weathering processes that erode the limestone bedrock common in this part of Australia. The name blow hole refers to the fact that these natural features breathe air in and out as high and low pressure weather systems pass across the Nullarbor.

We pass through Madura and Mundrabilla, stopping en-route at the Madura Pass Lookout, for sweeping views of Madura Pass and the Roe Plains.

Before we check in to our accommodation, we visit the ruins of the Eucla telegraph station, which is being swallowed up by the Delisser sand dunes. We can also take a walk to the old jetty.

Overnight accommodation: motel room with en-suite at either Eucla or Border Village

Day 6: (L)
An early start today as we cross the border into South Australia and put our watches forward.

We’re travelling along the Great Australian Bight National Marine Park (the GAB), linking the Indian and Pacific Oceans. The Head of Bight is a significant breeding and calving area for the endangered Southern Right Whale. Unique marine plants, animals, and sediments found nowhere else in the world are present in the Marine Park.

After a couple of stops, we leave the bitumen behind, joining the unsealed old Eyre Highway. We drive to the ruins of Koonalda Homestead, one of a number of important way stations along the old road, years ago, providing a rare piece of civilisation, fuel and emergency services. After a look around the ruins, we drive north to Heritage listed Koonalda Cave, a huge sinkhole with a cave and underground stream system at the bottom. The site was important to the local Aboriginal people and much evidence of their visitation has been found.

At the Head of Bight, we stop to view the sheer Bunda Cliffs, where Australia dramatically drops into the ocean. The Bunda Cliffs are a magnificent sight in themselves and stretch in an unbroken line for 200 kilometres to the Western Australian border.

Overnight accommodation: motel room with en-suite on the Nullarbor

Day 7: (L)
This morning we travel through Penong, with dozens of windmills scattered around the town and continue east to Ceduna. Ceduna is the major regional business centre of the Far West Coast of Eyre Peninsula and is the starting point of the longest golf course in the world, spanning 1,365 kms to Kalgoorlie, with one hole in each participating town or roadhouse along the way. After a short break in Ceduna we continue south on the Flinders Highway, on the west coast of the Eyre Peninsula.

Our accommodation tonight is cabin or motel style, in Streaky Bay

Day 8: (L, D)
Departing Streaky Bay, we drive to nearby Point Labatt, where a high cliff top lookout allows us to view a sea-lion colony 50m below. The colony at Point Labatt is the only permanent breeding colony on the mainland as all other colonies occur on the offshore islands.

We also visit Murphys Haystacks. Made up of pink Hiltaba granite, the haystacks have stood on top of the earth in their present form for nearly 34,000 years.

We then drive to Talia Beach and Talia Caves. The Woolshed is a large cavern carved into the granite cliffs and is accessed by a walkway and wooden steps. The cave has a honeycombed ceiling and dark crevices with blowholes nearby. We also explore The Tub and enjoy the dramatic views to the south of the beach.

This stunning ocean drive then takes us to the cliffs of Sheringa, which we view from the Leo Cummings monument lookout. The craggy pinnacle opposite the lookout is home to a family of osprey.
Overnight accommodation- Port Lincoln, hotel room, on a Dinner, bed and breakfast basis

Then we head south through the city and past Sleaford Mere, a permanent saline lake, to the entrance of the “Whalers Way”, a 14km unsealed track along one of the most spectacular stretches of coastline in SA, which takes us to the very tip of Eyre Peninsula. The coast is inundated with a series of natural crevasses, giant fissures in the rocky coastline which have created deep bays, chasms and caves into which the sea surges back and forth.

Cape Wiles is a 100 metre high cliff face above the swirling sea, with pillars of rock and an island offering continuing resistance to the Southern Ocean. Fur seals can often be seen here.
We spend the rest of the afternoon exploring Lincoln National Park. As well as a range of walks we can take along the coastline, the coast is home to the bottlenose and common dolphin, Australian sea-lions and New Zealand fur- seals.

In the late afternoon you’ll be dropped off at your Port Lincoln accommodation or at the Port Lincoln Airport for your flight to Adelaide.

Note: Solo travellers must have a single room.