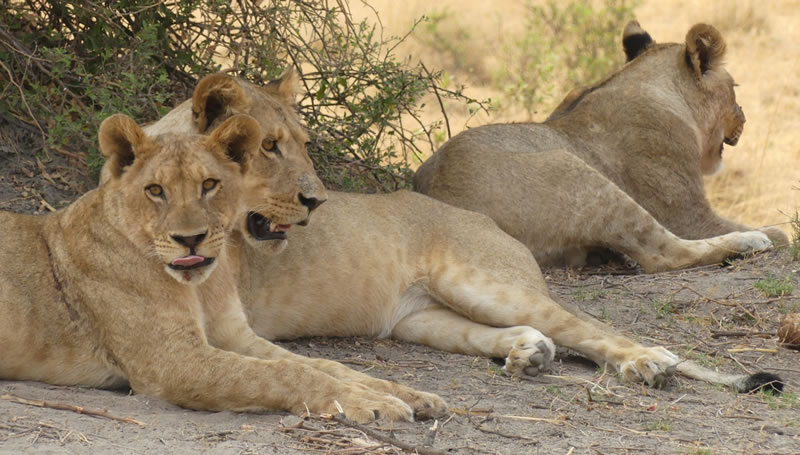 It is what everyone wants to experience – a Safari in the natural habitat of Africa. To this day I can still endorse the fact that no game drive is ever the same.

An animal is unpredictable. You cannot ask the Lion or Leopard to suddenly appear, a Monkey or Baboon to stay still for your photo, Cheetahs to run at the fastest speed recorded on earth for you, or a Hippo to flex its jaw to expose its full 180 degree jaw on command. You can only hope for the best when you do depart your Game Lodge or Camp.

It has always been said to allow several days at the same location to have as many opportunities as possible to look for various game, and to dig deep into National Parks or Private Game Reserves and Concessions to find something very special. Some describe it as luck or some say it is just persistence and hard work. However you see it, it can’t be taken for granted that a game drive will be just like going to a zoo.

Here is an example of a day in the life of a safari. Covering an area of 11,700 square kms, the Chobe National Park is renowned for the largest population of elephants in the world. In addition, the Chobe River borders Botswana, Namibia, Zambia and Zimbabwe, so it offers a great diversity of game viewing by either a safari vehicle or by boat.

Game drives in the Chobe National Park are permitted from sunrise to sunset. No night drives are permitted, nor going off road, and camping is only permitted in rest areas with paid permits. In our case, we were very close to the main gate so we were able to leave early for our morning drive just before sunrise.

Our first activity was an afternoon game drive, although we did have the option of a boat cruise which we deferred until the following afternoon. Entering the main gate the guide must stop and sign in all guests with the National Park Authorities before continuing into the park. The unsealed road starts off quite well levelled, however, tracks start appearing into the bush and then it’s a case of hanging on and enjoying the ride! The drivers don’t go fast and have speed limits, so it’s not dangerous, although anyone with mobility issues or cautious with any physical conditions are urged to sit next to the guide or in the front row.

Our first experience on our afternoon game drive, we were driving down to the Chobe River banks where vehicles follow the river track looking for game in the water, as well as hoping to see something special. We were on our way to the river bank when our driver stopped for a friendly chat with a passing vehicle, where in local language they exchanged their sightings and locations. It was discovered that something rare had been seen and we were instructed to hold on as our guide reversed and headed back towards the main gate where shortly after we could see other vehicles stopped. We were told to look into the ledge to our right looking through the rocks and bushland to look for a Leopard that had just been seen in the area. The adrenaline from the participants, who had only landed earlier that morning from Australia, kicked in to ensure any jetlag was forgotten.

The afternoon sun was providing a perfect sunning for this Leopard, which we eventually saw weaving her way through the rocks and then perching herself with a view point over the plains to our left where she was stalking an Impala. We were in prime position for the hunting experience of this predator, and in the case of the leopard, a master of camouflage with its spots and colours blending into the landscape brilliantly. The leopard continued to position herself on various rocks, posing perfectly for us like a fashion model, and then started to come directly for our vehicle. She passed us, and then sat to our left, and then started to stalk quietly as the Impala came closer. During this time, a lone Giraffe was also on the approach, while the leopard was positioned behind a bush. The Giraffe almost stood on the Leopard as it passed by!

We watched in awe as this leopard, in perfect afternoon sunlight, patiently stalked before eventually we moved on. Only a few minutes later we stopped and were asked to be quiet as the sound of a male lion calling had been heard. It was only about a minute later that we found this male lion walking towards the river. Shortly after, a female lion was seen and was reunited with the male. They then moved north to the river bank where they began to mate and then later to sleep along the river bank.

These two unbelievable sightings occurred from the main gate to the edge of the river bank. This was such an amazing experience to see two of the Big 5 on our way to the river bank, where we had expected to see various game along the way. In our case we did not even do much of the river game drive as we had spent our afternoon seeing two amazing sightings and experiences.

In comparison, the following morning’s game drive was very different, following the same tracks taken to the edge of the river, with no leopard to be seen. The river was busy though with plenty of activity along the edge including Elephant herds, Buffalo, Hyena, pods of Hippos in the water and crocodiles sunning along the river bank. There were two male lions seen well in the park, as well as another male seen seeking shade along the river bank.

In the afternoon, we took a river cruise along the Chobe River, which was a real treat being able to get up and close to hippos in the water, observing various bird life, close views of crocodiles both in the water and along the river banks as well as the return of the mating lions seen in the same area that we had seen them the day before. A river cruise safari is so different as it allows for great front on photographic opportunities.

The following morning’s game drive was to view a pride of lions that had been hunting overnight. The various family members, including cubs, could be seen enjoying their feast of buffalo. A final highlight was following a large male lion walking along the river bank where he disappeared into the bush.

These examples demonstrate how a game drive is never the same, and you should not miss one if you can help it, as each offers different experiences.